I’ve noticed the other day that I haven’t written any blog posts this year.1 This made me sad. Another thing that made is sad is that about a year ago I wrote this lockdown-themed article and very little has changed since then - life is still dominated by the COVID-19 pandemic and we’ve been in and out of lockdowns of various strictness ever since. At least this year we have vaccines and the end of the crisis seems to be in sight. The local authorities are predicting that most of Bulgaria’s population will be vaccinated over the next 3 months and I really hope that’s going to be the case. In the mean time - I’m going slightly madder every day…

I have to admit I haven’t made much progress with my OSS projects since the releases of CIDER 1.0 and RuboCop 1.0. I’m making slow progress on all fronts, but in general I haven’t been particularly happy with myself. Some interesting recent developments worth sharing are:

Over the past few months I’ve been trying to find better ways to support the community around my projects, that’s why I was more focused on documentation and exploring new communication channels, instead of features and fixes. I’ll probably write more on the topic soon, but I can tell you now that I really like Discord and I regret not trying it earlier. It reminds me of the early days of Slack when it was cool and simple.

A couple of days ago the results from the annual “State of Clojure” survey were published and it was nice to see I was mentioned there for my efforts to improve the Clojure tooling ecosystem. Another positive data point from the survey was that 44% of the respondents are using Emacs for Clojure development, despite the slowdown of the work on CIDER and the ever stronger competition from other editors and IDEs. Meta-X forever! 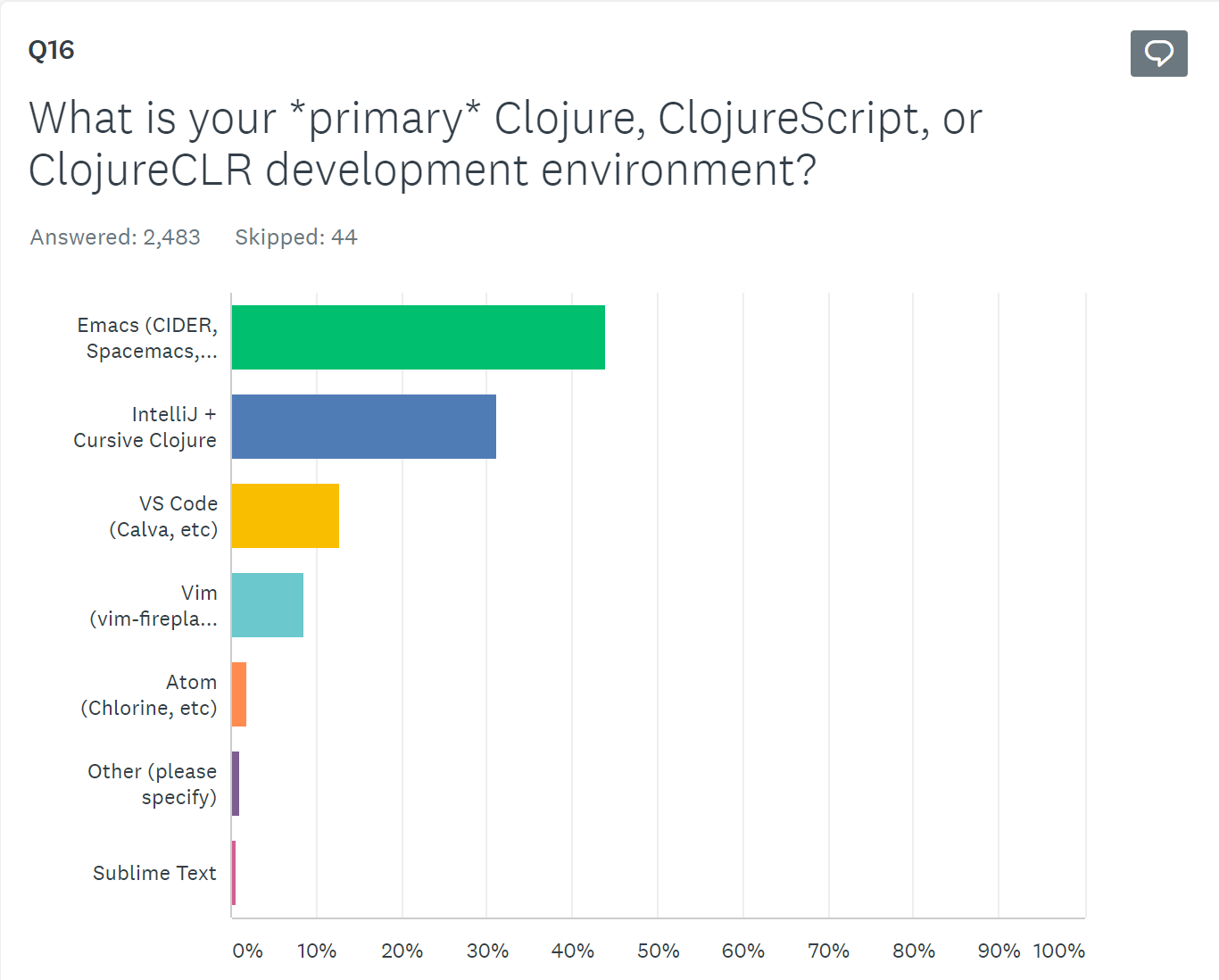 I have some interesting ideas for CIDER, nREPL and friends going forward. Let’s see if I’ll manage to make them a reality. I should probably run a couple of project surveys myself, as I completely dropped the ball on those.

Outside of OSS things have also been relatively quiet on my end:

That’s all from me for now. As usual, I have a huge backlog of topics for “Meta Redux” and I hope that I’ll make some progress with it over the months to come. Stay safe, stay strong and keep hacking!